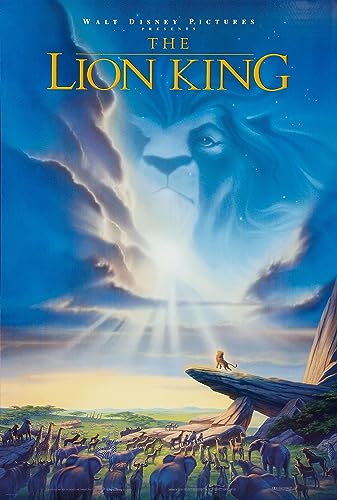 Movie: The Lion King(1994)[tt0110357] A young lion prince is cast out of his pride by his cruel uncle, who claims he killed his father. While the uncle rules with an iron paw, the prince grows up beyond the Savannah, living by a philosophy: No worries for the rest of your days. But when his past comes to haunt him, the young prince must decide his fate: Will he remain an outcast or face his demons and become what he needs to be? Written byfemaledragon1234

gdswalia on 10 May 2005
The best Disney animated film ever...This film had it all, it was funny, emotional, had family drama, and above all, great animation and songs! My personal favorite character is Rafiki, the Baboon! I still cant forget the line he says to Simbe, "Past can hurt, but as I see it, you can either run from it, or learn from it!" it is so true! i loved Zazu's weirdness, and shenzi's humor, above all, i loved Pumba's innocence and Timon's intelligence! In short, i found the film the best film ever... The voice cast is also great. Mathew did complete justice to Simba, and what can I say about Mufasa, He is the best King, and dad anyone can ever get! The movie is not meant for kids, its meant to teach every adult a lesson...to find our place in the great "Circle Of Life". I give this film a perfect 10.