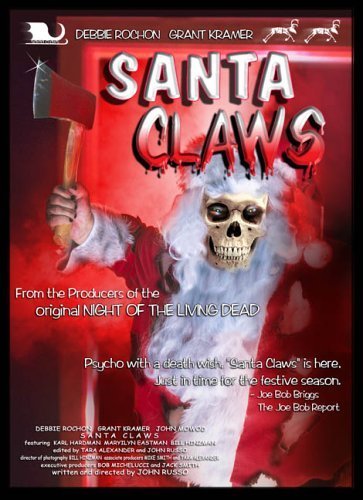 Pet_Rock on 27 December 2006
His Slay Bells are Ringing! Have Yourself a Very Scary Christmas! The Christmas horror movie that everyone forgot. I loved it! The plot makes no sense (boy kills mom and fat lover on Christmas, grows up crazy and obsesses over neighbor Scream Queen, so he kills all the people in her life) but it's just a quick lil fun movie with horrible acting (except for Debbie Rochon, she was great) and tons on T and A.The kills are dull and the cover art is misleading, but nothing stopped me from loving this sleazy lil movie. The killer was over the top and the script was ridiculous at times (Hard to think this was from the Writer of Night of the Living Dead- orig and remake, and Return of the Living Dead. Hm... maybe he should stuck to zombie flicks).So if you wanna pass the times with some cheese, sleaze, and tits- pops this in!

Night of the Living Dead: 30th

Night of the Living Dead: Gene

My Uncle John Is a Zombie!

Another Night of the Living De