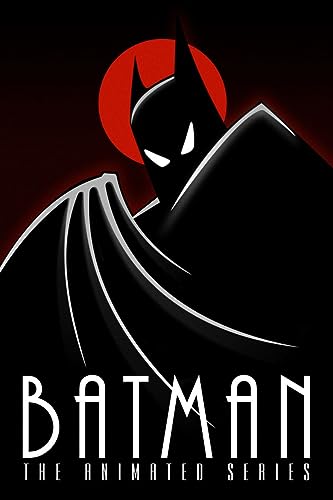 wsheit on 19 September 2004
When Batman: the animated series came around, it didn't take people long to see that it was something different. Here was a "cartoon" that was written for adults. It could be viewed by older kids, but it had great depths for the adults who took any time with it. Each episode (or couple of episodes) acts as its own mini-movie. The structuring of the story in each one is just so well executed. As well, the animation (for its time) was quite good, and still holds up well enough today. Another difference from other animation, is that the color palette is quite dark- which, again, only makes it more interesting. All of the great villains are here (and others you may not have heard of), but they get a very serious and, at times, philosophical explication. One of my favorite things about the series, is that every episode has its own orchestral score- meaning, the music that you hear is tailored to fit the exact moment you are watching. Shirley Walker manages to come up with so many sub-themes and variations on the main theme- and works them in so well with the happenings on screen. For those of you that have seen the series and remember it fondly, you might be interested to know that a box-set of the first 28 episodes was recently released- you can get it just about anywhere.

Batman: Mask of the Phantasm

Batman: The Brave and the Bold