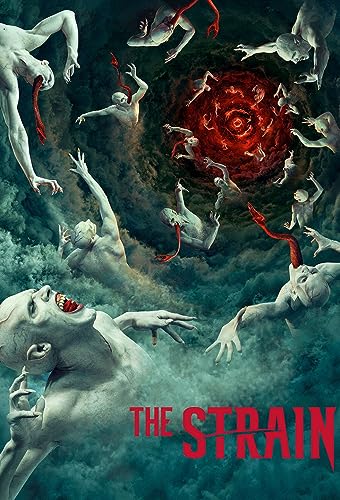 TV Series: The Strain (TV Series –)(2014)[tt2654620] A thriller that tells the story of Dr. Ephraim Goodweather, the head of the Center for Disease Control Canary Team in New York City. He and his team are called upon to investigate a mysterious viral outbreak with hallmarks of an ancient and evil strain of vampirism. As the strain spreads, Eph, his team, and an assembly of everyday New Yorkers, wage war for the fate of humanity itself. Written byFX

jessicartarr on 15 July 2014
So, I read The Strain Trilogy and loved it! They are incredible books! That being said, I was thrilled to hear that the trilogy was being turned into an FX series. I finally saw the pilot last night. Some things were OK, but I was really left wondering why GDT felt the need to dumb down the events in the book for the viewing audience. Things were also changed and it seemed like the changes were made because the events in the book were perhaps to subtle for the viewers, who might not find them exciting. But that was really part of the draw of the book. The book was actually frightening, whereas the show seems to be a little over the top. I'm hoping it gets better. Right now, the only casting I really agree with is David Bradley.