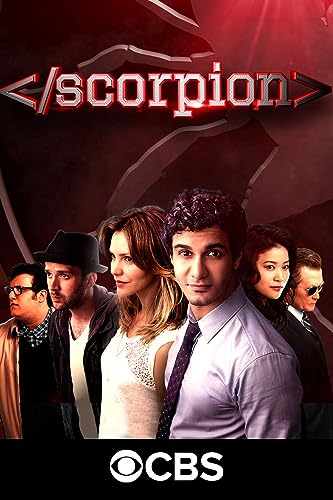 TV Series: Scorpion (TV Series –)(2014)[tt3514324] Based on the real life of Walter O'Brien, a genius with an IQ of 197. Walter is asked by Homeland Security to put together a special group of gifted individuals to troubleshoot the most difficult problems that the US & the world may encounter. Written byBlair

KenJoe on 16 December 2014
I have read a few of the reviews, all seem upset because the characters to do things impossible in the real world. I guess if that is the requirement for TV action series, we best not watch the Flash, another great show. I can't give up Justified, I like it the way it is, even though it does require my suspension of disbelief.I read one review that made a statement that CSI was real, come on Crime Scene techs, interviewing witnesses, getting into gun battles? I am not down on that show; it goes for the same thing as Scorpion, interesting people doing the impossible and being fun to watch. For me, the characters are the thing, they are likable, we get to know them and their issues, they are fun to watch as they interact and make mistakes, and yes, do things that could never really happen. I like myth busters as much as anybody, (well, I did until they got rid of my favorite people on the show), but these shows are not meant to be real, just fun, with enjoyable and watchable characters, and here it succeeds. So Scorpion, Flash and Justified; I will have to be happy watching cool, likable people, doing the impossible. I like this show just the way it is.